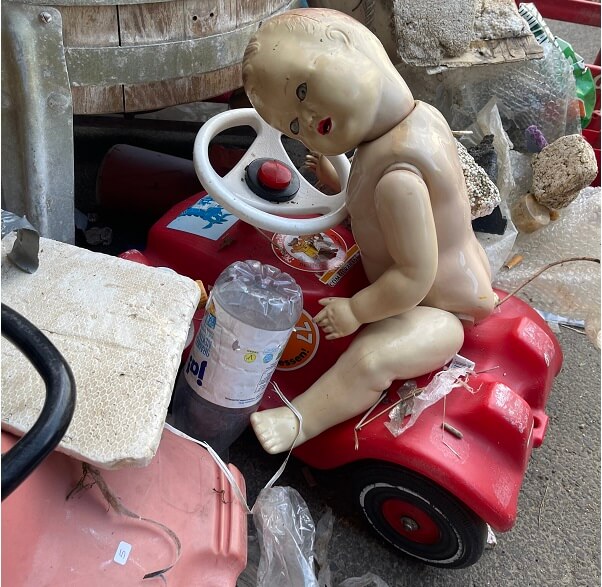 The microplastic processing machine or – out of sight, out of mind

Clean paths, clean green areas, nothing but a few seagulls rock on the waves of the Rhine. Volunteers have collected the carelessly thrown away rubbish that our affluent society produces non-stop, and how nice it is to walk along the shore after a hard day’s work! How good for the soul. And the conscience.
But where has it gone,our garbage? What happened to it? Have we really saved the world from perishing in a flood of plastic?

You might find an answer at the Aristokrass Gallery in Cologne where a new installation by the artist Dennis Josef Meseg will be presented from May 4 to the beginning of June 2022, which, as a metaphorical representation, reveals a well-kept secret of the waste recycling industry: the microplastic-processing machine.

In a small show room lies a heap of plastic waste that the artist himself has collected from the trails next to the river Rhine. In the center of the room stands an old-fashioned washing machine, a top loader with four downward-pointing arms and a hose on the wall as an implied drain. 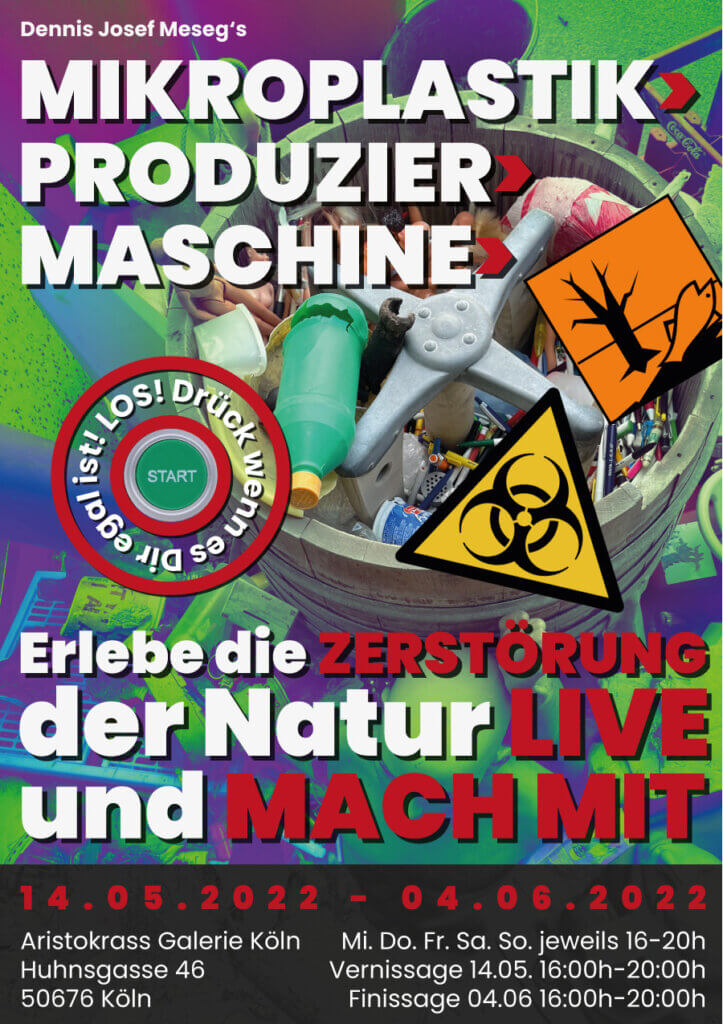 If you press the start button during the day, the arms turn through the filled plastic waste like a whisk and keep going until nothing is left of the bottles and tubes, the caps and the cheap toys but a heap of tiny crumbs – microplastics that are disposed of discreetly in the nearest sewer. 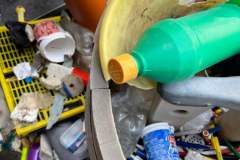 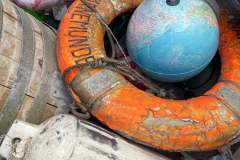 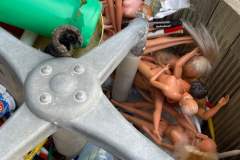 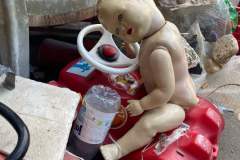 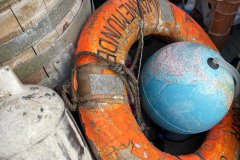 If you press the start button during the day, the arms turn through the filled plastic waste like a whisk and keep going until nothing is left of the bottles and tubes, the caps and the cheap toys but a heap of tiny crumbs – microplastics that are disposed of discreetly in the nearest sewer. No one can salvage them, not even the most dedicated conservationist. We absorb them through drinking water, massage them into our skin with creams and shampoos, and breathe them in. Fish die from it, water bodies choke, people get sick.

In the evening, the observer standing in front of the illuminated shop window can activate a buzzer attached to the window pane. This activates a black monitor in the display by means of a radio switch, which then plays a three-minute explanatory movie about the environmental pollution caused by pressing the buzzer; alternatively, a giant stinky finger appears.


The whole thing is supposed to be an experiment, finding out who triggers the buzzer, knowing that he is directing microplastics into the cycle, into the canal or the Rhine.

Pressing the buzzer is as easy as throwing a yoghourt cup in the bushes. It is either done out of carelessness or out of curiosity about what will happen when you push that button. What both acts have in common is the thoughtlessness with which they are carried out.

The buzzer is also ready to go outside of business hours. If you press it, the light in the gallery is switched on and the monitor with the film starts again. Because environmental sins and pointing them out are not tied to any special time.

And – reflection is not bound to any time of the day either.

It would be so much better to pull the plug on our microplastic processing machine and find new ways. To lead a life that gives the world and all creatures in it equal space for a good existence.

06/06/2022: The evaluation of the anonymized video recordings is ongoing. How many people pressed the buzzer and how many didn’t? We are excited for the result.